Heather Butts ’94, Grand Marshal of the virtual P-rade (or V-rade)

“Being selected as grand marshal was a very humbling and huge honor,” sais Butts, who is now in her third year in the position. Since this year's P-rades will be the second consecutive online-only Reunions event, the normal three-year term was extended so that Butts can preside over three in-person P-rades. Before being named to the top post, she was a P-rade marshal for more than 15 years. “I’m very proud of the work we do as marshals, keeping the P-rade route safe and making sure that the P-rade runs efficiently and stays on schedule. We endeavor to avoid a nine-hour P-rade!”

Even with the last two virtual P-rades or V-rades, Butts has continued to rally the marshals together, hosting online meetings and getting them excited about their special roles for the V-rade where they still “direct” alumni along the V-rade route.

While Butts has had many many fond memories along the P-rade route, Heather recalls a “funny” incident from a few years ago when she single-handedly pushed several golf carts out of the way that were stuck in muddy conditions along the P-rade route. “Service never ends!” she laughs. In many ways, that’s been her life’s path. 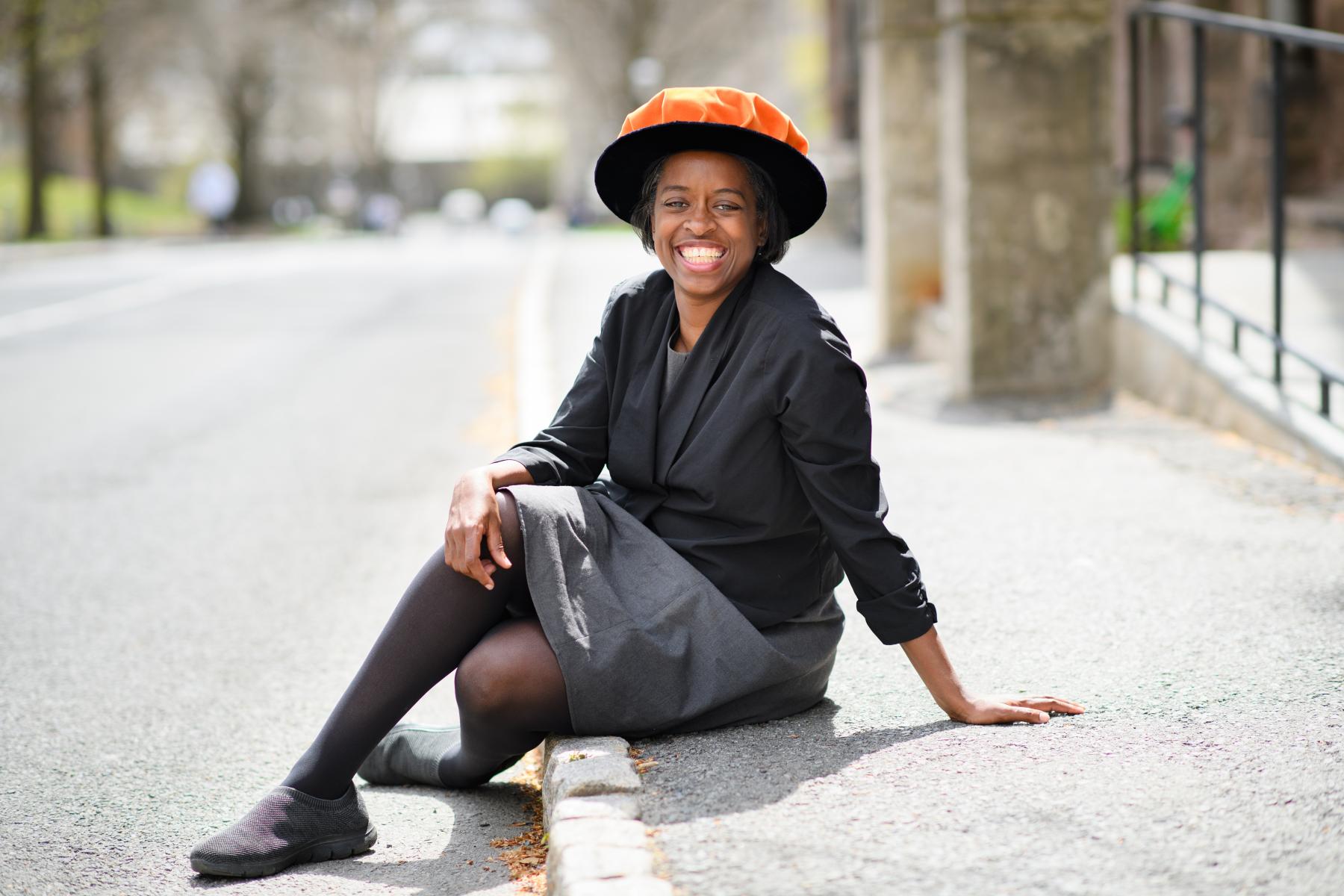 Heather graduated with a degree in history and a long list of activities including assistant photography editor for the Daily Princetonian; minority affairs advisor for Rockefeller College, where she lived all four years; and member of Outdoor Action and the Pre-Law Society. She then headed to St. John’s Law School and the Harvard University School of Public Health, before working at public health and ethical and legal issues organizations. After deciding to work more closely with students and youth, she went on to Columbia University Teachers College, and at the same time, launched H.E.A.L.T.H. for Youths, a nonprofit that supports young people as they transition through life. “We work a lot with young people who have been in the foster care system, who are court-involved, and we give them the tools they need to reach their goals and fulfill their potential,” she says. She currently teaches public health at both St. John’s Law School and Columbia University.

“Princeton has given me so much and the bonds that I formed there live on in so many ways. Spending time with people who understand you on a very granular level, because you’ve gone through the same experience, is almost indescribable. I cannot imagine having gone to another school, and I will forever be grateful to all that Princeton has given me.”

Princeton alumni connect with each other over a shared love of the University, and volunteering is their way of saying ‘thank you.’

Before entrepreneurship became a buzz word and before many realized the Ph.D. pipeline to academia needed a reboot, Lisa Drakeman *88 prepped Princeton graduate students on meeting both challenges.

A dictionary definition of authenticity — to be true to one’s own character — applies to individuals, but Beth-Sarah Wright ’95, at-large Alumni Council Executive Committee member, extends it to institutions, including her alma mater.