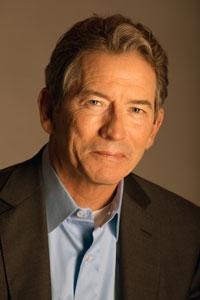 Princeton’s Program in History of Science trains students to analyze the progress of science, medicine, and technology within a cultural and historical context. Faculty research interests range from medieval alchemy to cultural and legal battles over scientific claims to the history of disease.

“This generous gift from Tom Siebel will significantly advance our efforts to interpret the development of scientific ideas and to understand their historical importance,” said President Christopher L. Eisgruber. “Tom has been a wonderful friend to the University for many years, and we are grateful for his leadership, his foresight, and his support of this vital area of scholarship.”

The first Siebel professor will be Angela Creager, an expert in the history of 20th-century biomedical research. She teaches undergraduate and graduate courses in, among other topics, the legacy of the atomic bomb in postwar science; technology, politics and culture; and the historical participation of women in science. Her books include Life Atomic: A History of Radioisotopes in Science and Medicine; she currently is researching societal perspectives on environmental carcinogens from the 1960s through the 1980s. The president of the History of Science Society, Creager joined Princeton’s faculty in 1994 and received Princeton’s President’s Award for Distinguished Teaching in 1998. 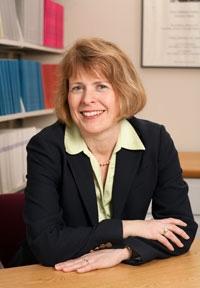 “For more than half a century, Princeton University has had distinguished scholars and students in the history of science,” said Creager, currently the Philip and Beulah Rollins Professor of History. “It is a field dedicated to finding the connections between the sciences and the humanities, an interdisciplinary effort that Princeton excels in. I am delighted that Thomas M. Siebel has chosen to support the field with a named chair, and deeply honored to be its first incumbent.”

Thomas M. Siebel, chairman and CEO of C3 Energy, is a technology entrepreneur, philanthropist, and founder of Siebel Systems, one of the world's leading software companies that merged with Oracle in 2006. He is the chair of the Thomas and Stacey Siebel Foundation, a nonprofit, public benefit corporation that provides support for energy solutions, bioengineering and stem cell research programs, and other projects that work to improve the quality of life, environment, and education of its community members.

“Princeton University has long been a leader in providing an in-depth understanding of the history and development of scientific innovation. This professorship will hopefully assist the University to maintain and build upon the research and insights in this important area of study,” said Siebel. “Professor Creager’s tenure and expertise in the field set her apart and exemplify the influential research that inspired this professorship.”

Siebel is a former Princeton University trustee and a parent of a 2011 Princeton alumnus.

“I am immensely pleased with Thomas M. Siebel’s generous gift to the history department,” said William Jordan, department chair and the Dayton-Stockton Professor of History. “The Program in History of Science is admired in academic circles around the world. This gift will be an important factor in sustaining the program’s reputation in the years to come.” Jordan is an alumnus of Princeton’s Graduate School.

Tiger Athletics Give Day is today

David Mandelbaum ’57 and his wife, Karen Mandelbaum, have made a gift to the Center for Jewish Life that will make possible renovation and expansion of the center’s main kitchen and dining facilities.

President Christopher L. Eisgruber ’83, members of the Princeton faculty and friends gathered on the lawn behind Guyot Hall to celebrate Judy and Carl Ferenbach ’64 and the dedication of the High Meadows Environmental Institute (HMEI).