For more than 80 years, Annual Giving has channeled the loyalty and affection that Princeton alumni hold for their alma mater in an effort to, as Princeton President Emeritus Harold W. Dodds *1914 said in 1940, “have Princeton go forward, to have Princeton grow constantly greater.”

In the last two years, that community-wide effort has persevered despite the ever-changing landscape of an unpredictable pandemic. The connections between generations of Tigers have kept the spirit of Princeton not only alive but thriving. During difficult times, the alumni community answered the University’s call to service — both at Princeton and in local communities — and rallied around a shared commitment so that current students can continue to benefit from an extraordinary educational experience. 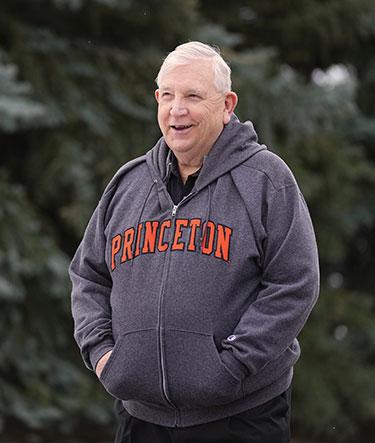 “Working with today’s Princeton students makes me appreciate our University even more.”

For almost 40 years, Don Burnes ’63 has been a leader in the study of homelessness, authoring books, advising policymakers and founding nonprofits. In 2020, he created an internship opportunity, looking for an undergraduate to help research his latest book about poverty; he ended up working with 20 Princeton students. “One of the most exciting things that I have ever experienced is working with these young people,” he said. “They give me much more than I give them.” 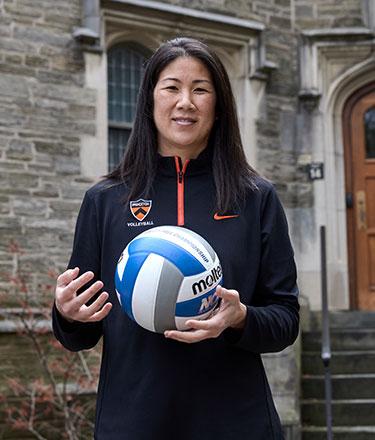 “I see firsthand how much students benefit from the efforts of alumni who want to make Princeton the best place to be.”

Sabrina King ’01 is certainly proud of the women’s volleyball team’s achievements, including the four Ivy League titles they’ve won since she became Princeton’s head coach in 2011. But it’s the lifelong bonds that her team builds that inspire her every day. “We’re all working closely together, building something together,” she said. “You’re only at Princeton for four years, but it becomes such a humongous part of your life, and that closeness is the most important thing of sport for me.” 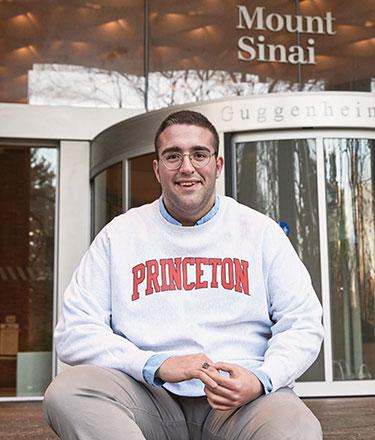 “Princeton didn’t just make my education and career possible — it gave me a home away from home.”

After his family moved to America from Aleppo, Syria, Naoum Fares Marayati ’19 assumed Princeton was out of reach. But with full financial aid, he was able to pursue a variety of Princeton activities and became a campus leader. “Princeton was an incredibly supportive place,” said Fares, a medical student at the Icahn School of Medicine at Mount Sinai in New York City who will continue his studies as a Mitchell Scholar at Trinity College in Dublin. “It made me feel like I joined this family that I would be a part of for the rest of my life.” 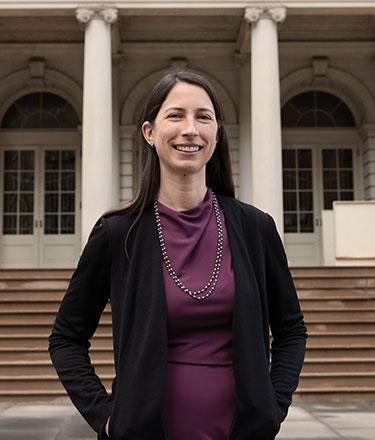 “Princeton provided a wonderful education and community without the burden of debt, allowing me to pursue a career in public service.”

Studying urban planning and policy at Princeton helped propel Dawn Miller *10 into the nerve center of New York City governance. As the first deputy chief of staff to the mayor, she works to make the city run efficiently. “At Princeton, I learned alongside extremely motivated, wicked smart public servants who still support each other,” she said. “With everything that Princeton gave to me, it’s an easy yes to participate in Annual Giving.” 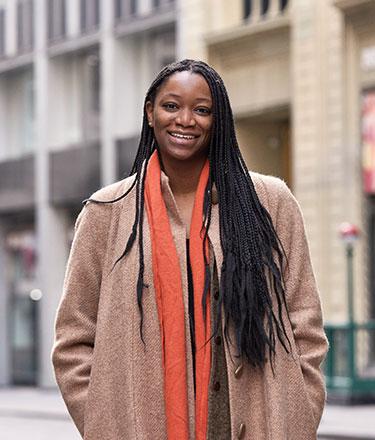 “The best parts of my Princeton experience were the friendships with people who I still count among my closest friends.”

For Isedua Oribhabor ’12, the Princeton spirit took root almost immediately, during Outdoor Action. The first-year orientation adventure forged lasting bonds. “I found some of my closest friends,” she said. Those friends became post-Princeton roommates, and those relationships helped lead Isedua to her first job with a nonprofit. Today, she works for Access Now, an NGO that defends privacy and human rights in the digital age. “The community of alums has been helpful in connecting me with others who are social justice oriented.” 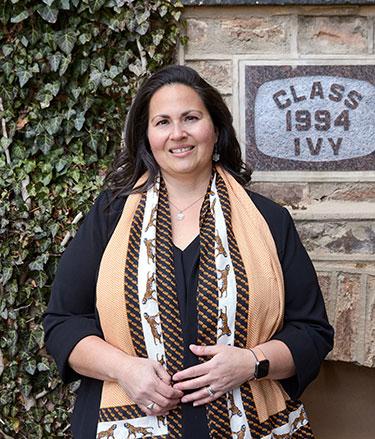 “I want future generations of Tigers to have even better opportunities than I had to learn and grow at Princeton.”

As business officer for the executive vice chancellor for academic affairs at the University of California San Diego, Beverly Randez ’94 appreciates higher education as an engine for upward socioeconomic mobility. Financial aid had enabled her to come to Princeton from San Antonio, Texas, and she found herself in classrooms led by professors Sean Wilentz and Cornel West *80. “I never would have had that opportunity without generous alumni, and I feel a responsibility to give and volunteer so students of disparate backgrounds can thrive.”

Unrestricted gifts to Annual Giving go directly into the University’s operating budget for the benefit of Princeton’s students, faculty and programs. These flexible funds from undergraduate and graduate alumni, parents and friends allow the University to seize new opportunities, respond to unexpected challenges, and support a pioneering financial aid program that makes a Princeton education possible for all admitted students. The 2021-22 Annual Giving campaign concludes June 30.

For Linda Johnson ’76, Annual Giving is always a big win for Princeton

“What I love most about Annual Giving is that every time someone gives back to Princeton, that feels like a win for me," said Linda Johnson ’76. As the 2021-22 AG campaign nears the finish line, Johnson reflected on why she volunteers for Princeton and the ways that AG has united the alumni community.

A scholar of contemporary American culture and the cultural dimensions of current environmental challenges, Allison Carruth arrived at Princeton to launch the Environmental Art + Media Lab, an innovative interdisciplinary center that conducts applied research and develops collaborative projects at the nexus of imagination and science.

Through Annual Giving, alumni move forward together to build a stronger Princeton

Here are a few of the reasons alumni gave to Annual Giving, preserving the transformative opportunities of the Princeton experience and building “a stronger Princeton” for the next generation of leaders.