While on an extended visit to his native Japan due to the global coronavirus pandemic, former dean of the School of Engineering and Applied Science Hisashi Kobayashi *67 is developing a mathematical model that he hopes can capture the epidemic’s behavior — for the benefit of all who are tracking the virus. 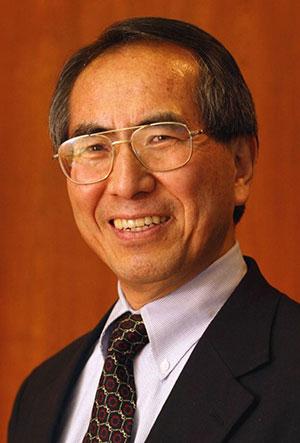 He spends his days with family in Mito, about an hour from Tokyo, working on a stochastic model that can better explain random variations of an infectious disease such as COVID-19. Kobayashi hopes that his result will help epidemiologists make more reliable forecasts than the deterministic models which they normally use. “This distribution has a much broader spread about its mean value than many other probability distributions known in modeling and analysis,” he says.

His model also will explain why the predictions given by a conventional model often differs significantly from observed data, and why the infection patterns appear so different among different countries and cities. “Some people in Japan argue that the infections in Japan look better than in the U.S. and elsewhere partly because we don’t have the custom of kissing and hugging,” he says. “But my stochastic model will give a different explanation. That is, we (in Japan) have been lucky just by chance so far, because of the erratic nature of an epidemic disease.” He has posted Part One of his research here.

Kobayashi said he believes the fact that he has no training in biology or epidemiology is a plus: “I have gut feeling that I should be able to make an important contribution to the field of mathematical epidemiology … My own experiences show that we can make a major impact when we move into a new field” and try new approaches.

That’s what happened when the electrical engineer began his career with IBM after Princeton graduate studies and eventually moved into computer science. He invented the signal processing and probabilistic decoding scheme known as PRML (Partial Response and Maximum Likelihood) that became an industry standard on practically all digital recording products, both magnetic and optical, such as HDD (hard disk drives) micro disk drives, and DVDs.

In the 1960s and 1970s, most researchers on magnetic recordings were either physicists or mechanical engineers. Kobayashi was able to make a novel contribution precisely because he came from a different discipline, statistical communication and information theory. He introduced a new scheme for high-density digital recording, arguing that the readback process for digital data stored on magnetic media should be treated like digital signals received over a communication channel.

It was for that work that Kobayashi received an honorary degree at Ghent University last March, recognized for his pioneering work and leadership role in developing probabilistic models and performance analysis methodology for computer systems and communication networks. He also authored the first graduate level text book on this subject, “Modeling and Analysis.”

Other honors he’s received include the 2005 Eduard Rheinstein Technology Award of Germany, and the 2012 C&C (Computers & Communications) Prize of Japan.

Education and the pursuit of new knowledge has been a consistent theme throughout Kobayashi’s life. Gratitude for being named an Orson Desaix Munn Fellow at Princeton planted in his mind the idea of someday establishing a fellowship in return. He and his wife, Masae, added Princeton to their wills with this intention.

The fellowship idea only grew stronger when he became dean of the School of Engineering and Applied Science in 1986, and again years later after he retired, when he learned that a close friend, University of Maryland Professor Anthony Ephremides *71, had already established a fellowship at Princeton.

Recently the Kobayashis sold a second home in Victoria, British Columbia, and used some of the proceeds to support Princeton.

“Our donations were in terms of a charitable remainder trust (CRT) and a charitable gift annuity (CGA), which I think are perfect instruments for donations by older people like us,” Kobayashi said. “Both a CRT and CGA give us lifetime income of around 5 to 7 percent a year. At the same time, we enjoy the tax deduction benefit in the first year and more importantly, a recognition by Princeton University while we are still alive.”

The Kobayashis have also pledged to use some of their retirement income funds to establish a fellowship for an engineering student: “We really look forward to someday, probably in the fall of 2023, when the first recipient of Hisashi and Masae Kobayashi Fellowship will be conferred upon an outstanding student.”

While he didn’t know him personally, Daniel Schwartz ’72 has reflected on the former University president’s leadership qualities — and wants to encourage them in future Princetonians.