Chances are, when you went to Princeton, your interaction with professors went well beyond the classroom and office hours. The same teacher-scholars who are at the pinnacle of their professions and break new ground in their fields of study also work closely with undergraduates as mentors, advisors, and colleagues.

Chances are, when you went to Princeton, your interaction with professors went well beyond the classroom and office hours. The same teacher-scholars who are at the pinnacle of their professions and break new ground in their fields of study also work closely with undergraduates as mentors, advisors, and colleagues. 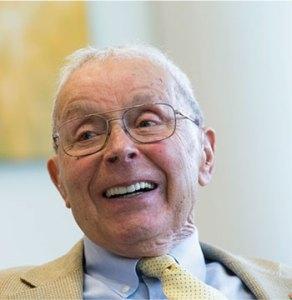 In his four decades on the Princeton faculty, Ted Taylor earned the admiration of his students and colleagues for his cheerful nature and commitment to rigorous research. The author of more than 450 scientific papers, he holds 52 US patents. His curiosity about the properties of butterfly wings eventually led to the development of Alimta, a cancer-fighting drug.

“The whole experience of being here and having all these wonderful students and postdocs and the like—I loved it!” Taylor said in an interview.

Taylor has continued to shape new generations of scientists by establishing the Edward and Virginia Taylor Professorship in Bioorganic Chemistry and the Edward C. Taylor Fellowships for third-year graduate students in chemistry. Third-year fellowships, a rarity in higher education, will allow these students to focus entirely on their research during this key period in their training. This will also greatly strengthen Princeton’s ability to attract the very best chemistry students, to the benefit of the department, the University, and the discipline as a whole. 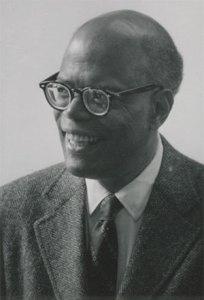 Author of more than 80 professional articles and 12 books, Lewis taught undergraduate and graduate courses and did pioneering research into economic development, with particular consideration of the problems of developing countries. The New York Times reported in his obituary that “students praised Sir Arthur’s courses for focusing on ideas rather than numbers,” and colleagues remember his great sense of humor and a deep commitment to his research and his students.

Beyond his scholarly distinction and commitment to teaching, Lewis epitomized the Princeton tradition of public service. He was the first economic advisor to the government of Ghana when it gained independence in 1957; served as the managing director of the United Nations Special Fund; and was the first president of the Caribbean Development Bank. 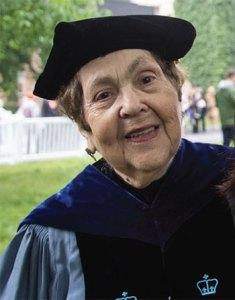 When Princeton awarded Zeitlin her 2016 honorary degree, the citation noted not only that she is her generation’s leading scholar of ancient Greek literature and a pioneer in anthropology, feminist theory, and performance studies, but that “she instructs and delights students, colleagues, and admirers the world over.”

A specialist in Greek literature from Homer to late antiquity, Zeitlin is one of the world’s leading interpreters of Greek drama. She also is known for scholarly interactions with post-war French thought, having edited the translated essays of French historian and anthropologist Jean-Pierre Vernant, and has been Directeur d’Études Associé at both the Collège de France and the École Pratique des Hautes Études.

Author or editor of six books and myriad erudite essays, Zeitlin is the founder of the Program in Judaic Studies, which she directed for nearly 10 years. She regularly taught the scholarly and emotionally demanding class “Texts and Images of the Holocaust” and continues to share her academic passions with students; this fall she is teaching “Stolen Years: Youth Under the Nazis in World War II.”

Did you have a professor that made your academic experience more memorable? Consider doing what many Princetonians have done—designate your planned gift to support the University’s stellar faculty.

Three students are exploring how we learn language, preparing to improve healthcare in India, and teaching American Sign Language, thanks to 1746 Society members Walker McKinney ’50, R. Kenneth Perry ’50, and Thomas Nichol Jr. ’33, who combined loyalty and philanthropy by aiding students through their estate plans.