The Committee to Nominate Alumni Trustees is responsible for determining the slates of candidates for Princeton’s annual alumni trustee election. Nine alumni are elected to Princeton’s Board of Trustees through this process, serving staggered four-year terms.

The committee is pleased to announce the election of Jackie Yi-Ru Ying *91 for At-Large Alumni Trustee and Yolandra Gomez Toya ’88 for Region III Alumni Trustee. In addition, Naomi I. Hess ’22 was elected as Young Alumni Trustee by the Classes of 2020, 2021, 2022 and 2023. Newly elected alumni trustees will begin their service on July 1, 2022, and will serve a four-year term through June 30, 2026. 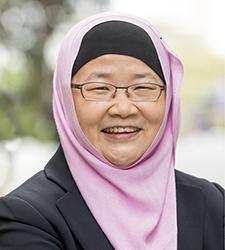 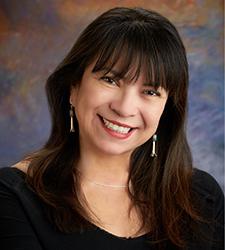 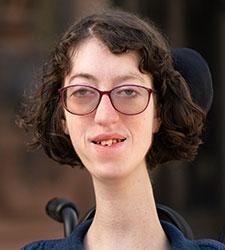 Four alumni trustees are Young Alumni Trustees, one elected from the senior class each spring to serve a four-year term on the board. The electorate for Young Alumni Trustees is composed of the junior and senior classes and the two most recently graduated undergraduate classes. In 2022, the Classes of 2020, 2021, 2022 and 2023 will be eligible to vote.

Nine alumni trustees are elected for staggered four-year terms on the board through an annual alumni-wide election overseen by the alumni volunteer-led committee known as the Committee to Nominate Alumni Trustees (CTNAT).

Electorate: All Princeton undergraduate and graduate alumni are eligible to vote on all slates.

About the Committee to Nominate Alumni Trustees

The Committee to Nominate Alumni Trustees is composed of nine undergraduate and graduate alumni elected by Princeton’s Alumni Council and drawn from the three electoral regions from which the regional alumni trustee slates are selected. CTNAT members serve staggered three-year terms. In addition, the most recent past president of the Alumni Association sits on the committee in an ex officio capacity for a term of two years.

CTNAT’s role is to review all nominations received, research and interview potential nominees, and select the undergraduate and graduate alumni candidates to run on the annual ballot for election to Princeton’s Board of Trustees. CTNAT composes slates, rather than selecting individual candidates. It seeks to create balanced and diverse slates each year, in which all candidates would be strong trustees. The committee takes a broad range of factors into consideration when developing slates. For example, it would never establish a slate that included two members of the same class.

The committee is responsible for determining two or three slates of candidates for the ballot each year, as follows:

Any Princeton alumnus/a, undergraduate or graduate, can suggest names of alumni to be considered by the committee, and the committee welcomes and reviews all nominations. If you would like to recommend a Princeton alumnus/a, undergraduate or graduate, as a potential alumni trustee candidate, please complete the online nomination form.

Princeton’s Board of Trustees is composed of trustees who bring intelligence, curiosity, integrity and a deep commitment to Princeton to their service on the board, and from the candor, trust and mutual respect that characterize trustee discussions.

Princeton’s most effective trustees are open-minded, have the ability to consider all evidence that comes before them and an overarching commitment to arrive at the best decision for the University as a whole, not as an advocate for a position or a particular constituency that could undermine the workings of the board or their own effectiveness on the board. Trustees are shaped by their own experiences, bringing their unique perspectives to board deliberations and then working together to find constructive solutions to the challenges facing the University.

Qualities that contribute to the success of Princeton trustees might include leadership skills, independence of judgment, the ability to contribute in a group setting, a strong record of personal and professional achievement, the ability to articulate and communicate effectively, volunteer experience both at Princeton and in the world, and, very importantly, willingness to devote time to the board.

Eligibility: Candidates for alumni trustee must be alumni of Princeton University. Candidates cannot previously have served as a Trustee. Candidates cannot be current students or members of the teaching or administrative staff of the University. An individual who has previously been a ballot candidate but not elected may be nominated a second time, but an interval of no less than five years must elapse before consideration.

Ballot materials include a profile on each candidate, detailing their experiences both at and outside of Princeton. Candidates are actively engaged in the preparation of their ballot profiles, and give final approval of their profile before publication. The profiles are written to provide voters with comprehensive information about each candidate and to allow voters to make informed choices.

By long-standing policy, trustee candidates are not permitted to campaign for election and they do not run on particular platforms.

As noted above, the Board of Trustees of Princeton University works best if every trustee comes to each issue with an open mind, the ability to consider all evidence and an overarching commitment to arrive at the best decision for the University as a whole, not as an advocate for a particular constituency or point of view. Each trustee is shaped by his or her own experiences, both at and outside Princeton, which is why the election materials provide biographies of the candidates. But trustees who arrive on the board having already staked out positions on issues without access to full information can undermine both the workings of the board and their own effectiveness if they are perceived as beholden to a position they took while campaigning or to a particular constituency that is expecting them to hold to that position.

It bears repeating that the board has a long history of benefiting greatly from trustees who bring intelligence, curiosity, integrity and a deep commitment to Princeton to their service on the board, and from the candor, trust and mutual respect that characterize trustee discussions. In the board’s experience, partisanship detracts from this sense of shared responsibility and thus is detrimental in both the election process and participation in the board.

The materials and ballot for Princeton’s 2023 Alumni Trustee election will be distributed by email and U.S. mail in April 2023. If you do not receive the election materials or if you have any questions about the 2023 election, please contact Alumni Trustee Election.

As part of Princeton University’s initiatives in sustainability, the University distributes all ballots electronically unless an alumnus/a specifically requests a paper ballot or does not have an email address on file with the University. Alumni voting electronically receive the same information that is mailed, and they vote using a secure balloting process. Since 2010, the University has engaged Election Services Corp., a firm that is expert in providing these services to universities, corporations, and nonprofits, to manage the election.

Note: Be sure that Alumni Records has your correct email address or mailing address on file. Registered TigerNet users can log in to check and update their profile online, or alumni can contact Alumni Records at alumrecs@princeton.edu.